Port Vung Tau is located in southeast Vietnam on the South China sea. Vung Tau coastal province is located near the large city of Ho Chi Minh City, and is well connected to other provinces by land, water, and rail. The port is consistently growing, and so is the demand for international shipping services and imports from the United States.

With the consistently growing economy in Vietnam and the country’s healthy trade relationship with the United States, transporting cargo overseas to Port Vung Tau via shipping containers from the U.S is easy, efficient, and affordable. Every year, Vietnam imports plastic materials, machinery, fabric, cars, and trucks from all major ports in the United States.

Clients can ship both commercial goods and personal effects to Port Vung Tau, Vietnam via a 20-foot or 40-foot full-container load (FCL) or less-than-container-load (LCL) containers. LCL is the more affordable option for clients willing to share a single container with another shipper, while FCL is for shippers that are transporting enough cargo to fill up an entire container on their own.

K International Transport can arrange a shipment from the United States to Port Vung Tau with ease. All we need is the required documentation from clients, including a packing list, identification information for both the shipper and the consignee, and prepayment. Afterwards, the client can load the container and it will be shipped to Vietnam shortly after. On the way there, the container will ensure that the cargo remains safe from the elements and arrives to Vung Tau without a scratch. Meanwhile, K International Transport will take care of the export formalities in the United States as well as the customs regulations in Vietnam.

Some notable features of Port Vung Tau, Vietnam include: 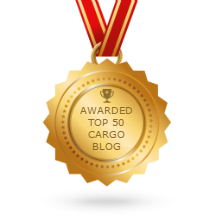